ram/blog-detail/Node.JS-vs-GolangffffNode.js vs Golang – Which is most suitable for your next development project?

Node.JS Vs. Golang: Which is most suitable for your next development project?

Node.js vs Golang – Which is most suitable for your next development project?

Having a robust and reliable backend is a boon to the success of an app. It is the most essential part of the app as it takes care of the entire complex operations and business logic to keep the app fully functional and qualitative. Many factors come into play such as scalability, system security and performance while defining the app’s backend.

Choosing the right tool may seem an uphill task for start-ups and entrepreneurs desirous of getting their app developed. There are numerous tech stack available in the industry today, it entirely depends which is suitable for your business idea; which is your target audience; which programming language would best suit your business purpose; how well versant are people with the language you use for your app; what kind of application you desire to be developed and last but not the least – does your preferred tech stack have the apt community support and robust ecosystem.

Mtoag Technologies is in the forefront of using newest and innovative technology structures for web and mobile app development since the past decade. Deal with top Mobile Application Developers india.We are efficiently employing the latest and in vogue technologies such as Ruby on Rails, Python, Go, Node.js amongst others for backend development. Out of the above, Node.js and Go aka Golang are the topics of discussion. Read on to know about the intricacies, benefits through the comparisons of their features to come up to the correct decision for selecting the right tool for your business. So before we start off, let us understand the basics of both of them.

Node.js happens to be a JavaScript runtime environment which was developed in 2009 and runs on Google Chrome’s V8 engine. By 2018, it had gained popularity as the most used development tool. It is an Open Source cross platform development tool for creating web servers. Due to its running on JavaScript code, Node.js can be used for writing both client-side and server-side code, hence beneficial for developers.

On the other hand, Go – a Google innovation, is a cross platform, past paced programming language that was also developed in 2009. The idea behind creating Go was to take the good features of existing languages to overcome commonly faced problems by the developers. Over the years it is slowly and steadily gaining acceptance in the development community. Having multi-purpose features, it is considered good for backend development. Developers are attracted to the simplicity and easy writing ability of the Go language for delivering a maintainable code.

Go is a statically typed language which imparts the highest efficiency and is akin to speed and syntax of the C language. It efficiently provides robust Go-routines for faster development, has a garbage collector along with an embedded testing environs.

The problem is that the users are unable to find the panel on the desktop. According to experts, the problem may arise at the time of upgrading the operating system from a previous version. It also happens at the time when you wake up your pc from the sleep mode.

It has figured on statistic indexes such as Tiobe Index as the Programming Language in 2009 and attained the 16th position in 2019. Statistics from Stack Overflow Development Survey have also concluded Go as the fast progressive and popular programming language of 2018. Well-known companies such as Google, Intel, Docker, Netflix, Basecamp, Medium, SoundCloud, BBC, Uber, Koding, Upguard amongst others have shifted to Go.

Comparison of Node.js and Go 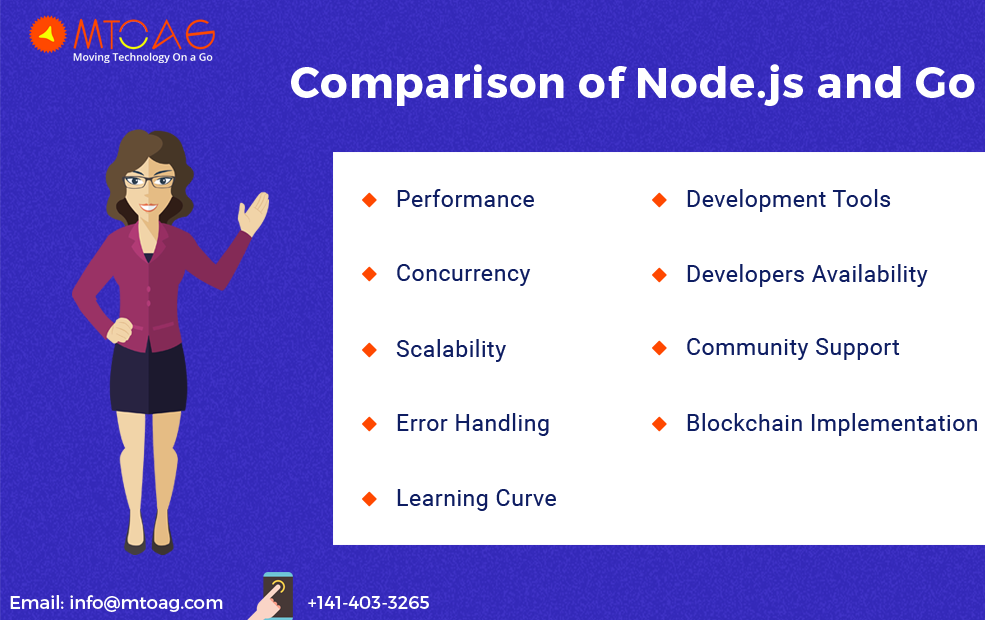 Node.js has been derived from JavaScript and appears to be slower in writing executable code, but overall with regards to performance it is good to go with. Result: Medium

o Go is based on the C language and is more robust and agile in nature. It efficiently takes care of memory confined tasks with élan. The inbuilt garbage collector frees the memory not being required so that it can be reused. Result: Excellent

Node.js works on the event callback structure and uses a single threaded mechanism. Hence, concurrency is a problematic issue with it and cannot be accomplished. The app performance is hindered in time of peak traffic. Result: Poor

Go uses Go-routines which are concurrency programming techniques that help in executing numerous separate flows while maintaining communication flow between them? This helps in increasing the app performance by using the CPU efficiently without using too much RAM for handling thousands of requests concurrently. There is less chance of the app crashing under high load at peak time. Result: Excellent

Node.js has a weaker parallel process and is not suitable for larger project development work. Result: Poor

Go is apparently new in comparison to Node.js with fewer resources and options to enhance learning for both naïve as well as experienced programmers. Learning curve is more on the trial and error method currently. Result: Poor

As Node.js is a runtime environment that runs on JavaScript there is a multitude of libraries, frameworks and tools available for it. Result: Excellent

Go developers have to make do with what little is available in the industry. There are very few libraries, tools and packages available. Result: Poor

For developers with knowledge of JavaScript it was easy to learn and move on to Node.js development. Node.js is considered the supreme programming language for efficient cross platform app and website development. Currently 62.1% developers use Node.js. Result: Excellent

Though there is a steady growth in Go development, there are very few developers available for Go development. It will take time for the developers community to be convinced by Go to move over to it. Currently only 4.9% developers use Go. Result: Poor

Go is new and in its infant stage for community support. Result: Poor 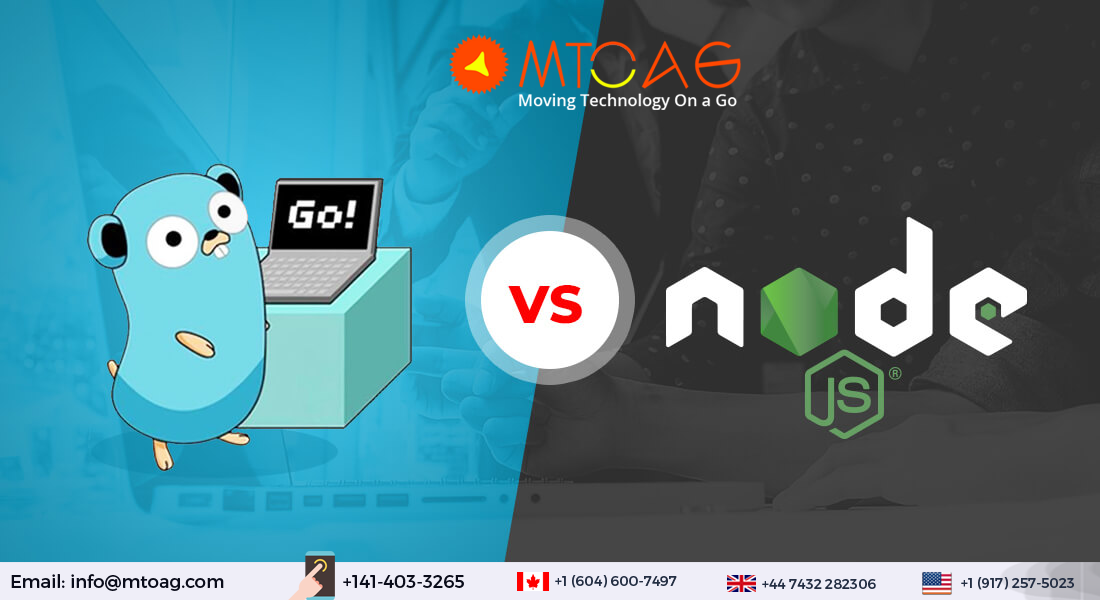 There are pros and cons in both Node.js development and Golang and for a layman it may seem an uphill task to decide to go with which technology for their business mobile app development. Mtoag can help you make the right decision according to your specific requirements for development of your project.

What is Angular 8.0 - Latest Features & How Can We Upgrade it?

The much awaited and talked about Angular 8.0 and Ivy Renderer are finally out of the closet. Though its scheduled release was due in March, it progressed to April and finally appeared by the end of May 2019.