People from all walks of life and from any country are fans of some or the other sports. Football/Soccer is such a game that has a world over fan following with last estimations being 4 billion people. Die-hard fans consider soccer to be more of a religion than just a mere sport. Such is the enthusiasm and fervor that is connected to the game. It is a popular sport with loyal fans ranging from all age groups irrespective of caste, creed and sex. Such is the power of the game called Football/Soccer. Here we are talking about fantasy soccer mobile app, Football App Development Cost.

With such a large fan following it is but evident that there are billions of dollars involved in this popular sport. Though people are immense fans of this sport, it is a fact that not all can go to watch the sport at the particular country or stadium where it is being played. For such a fan following, fantasy soccer mobile apps are the avenue for them to try out their skills to try to watch their favorite sport while also taking a shot at making money in the bargain. Businesses and entrepreneurs who have invested in fantasy soccer mobile apps have made a fortune in billions of dollars. The figures keep on increasing on a year to year basis. The fantasy soccer mobile app game is like a sorcerer’s stone (Paras Mani in Hindi) and whoever comes in contact with it is on his way to boost his bank balance. Check here for top mobile application development companies in the world. 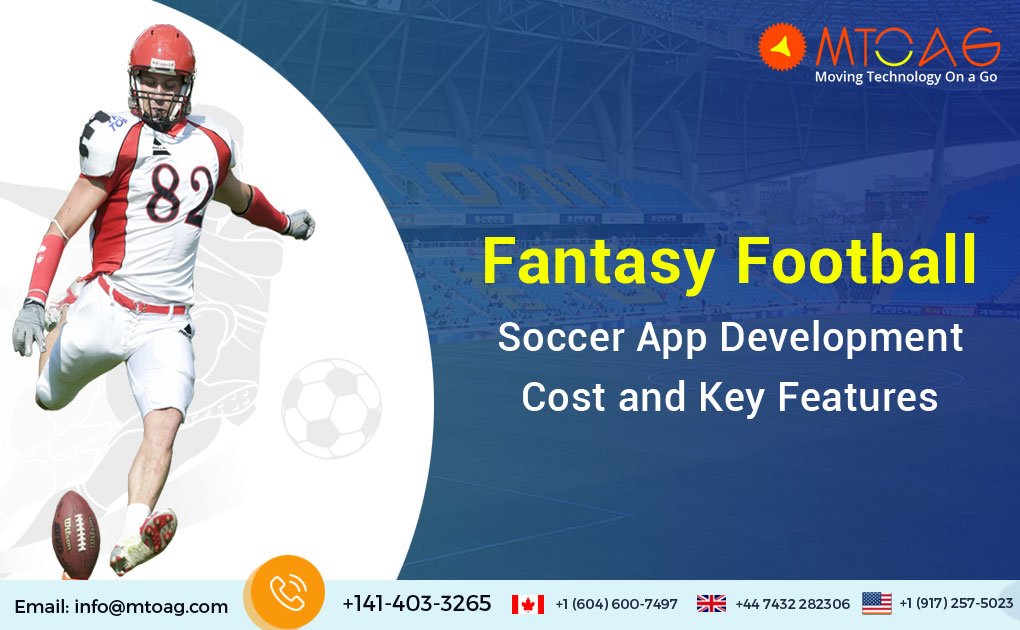 As you read on you will discover the key features and app development cost of the fantasy soccer mobile app along with the money earning proposition that this sport entails.

As reported by Reuters, the fantasy soccer sports market will witness 13.24% growth in revenue with the global market size estimated to reach USD 33 billion in 2025 from USD 14 billion in 2018. The fantasy football sports market is immense and rapidly the craze is increasing to all the inhabited continents of the world.

It is very natural to understand the quantum of profits such a sport can garner. Businesses who have dipped their bucket into this sports ocean have come out with brimming cash registers and ear to ear smiling faces. The creation of the fantasy soccer mobile app requires a good mobile app development company who has the skill and necessary future vision. The mobile app should enhance user experience and create a bonding along with increasing the bank balance of the enthusiast. Mtoag Technologies are having the expertise for developing the fantasy soccer mobile app.

He can only select 11 players from the team of 15 players for playing the soccer game. One condition is paramount for forming the team – it must be ready before the Game week cutoff date. Once the football match gets underway, the user is only able to witness the performance of his/her team all through the match. Once the football match ends, the winning points are distributed to the user’s players as per the actual performance of the players playing the match. Order to create your own the best fantasy football app.

Key players in the Fantasy Soccer Mobile App sport are: 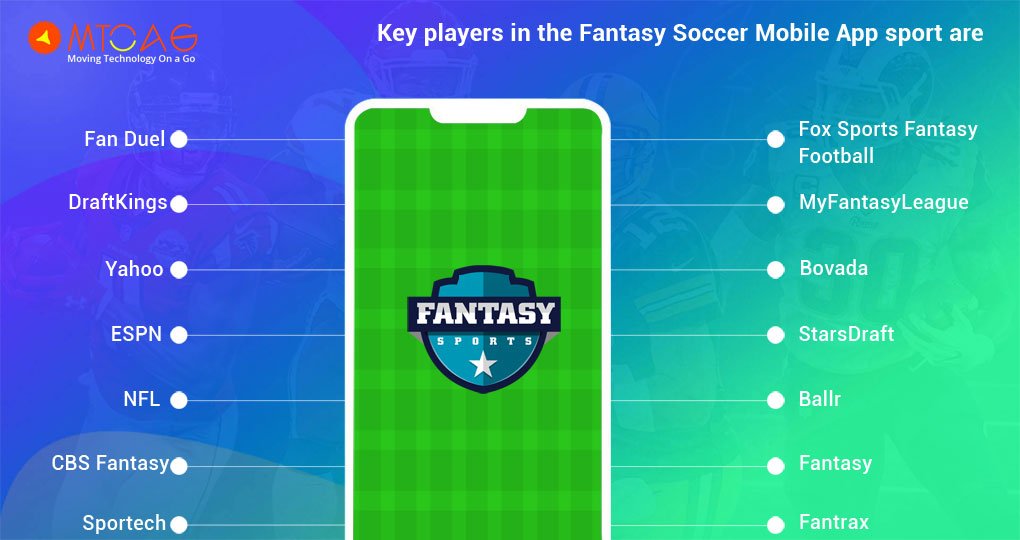 But how does this earn money for the user and the football league company. The answer is simple again. The fantasy soccer matches are played in major league as mentioned in the list above. Some of the sports leagues are free to play on but then you do not earn revenue from them. The major premium leagues have fixed certain charges which the user must pay if he intends to win premium rewards and prizes.

In such leagues the user is given the ability to create his own fantasy soccer team and allow a set number of users to enter and play the fantasy sports game app. The user can invite friends and relatives or global sports enthusiasts to play the game if desired. The user takes the role of admin and conducts the fantasy sport app on a personal level. That said, it is time to move on to the actual subject of developing the fantasy soccer mobile app. 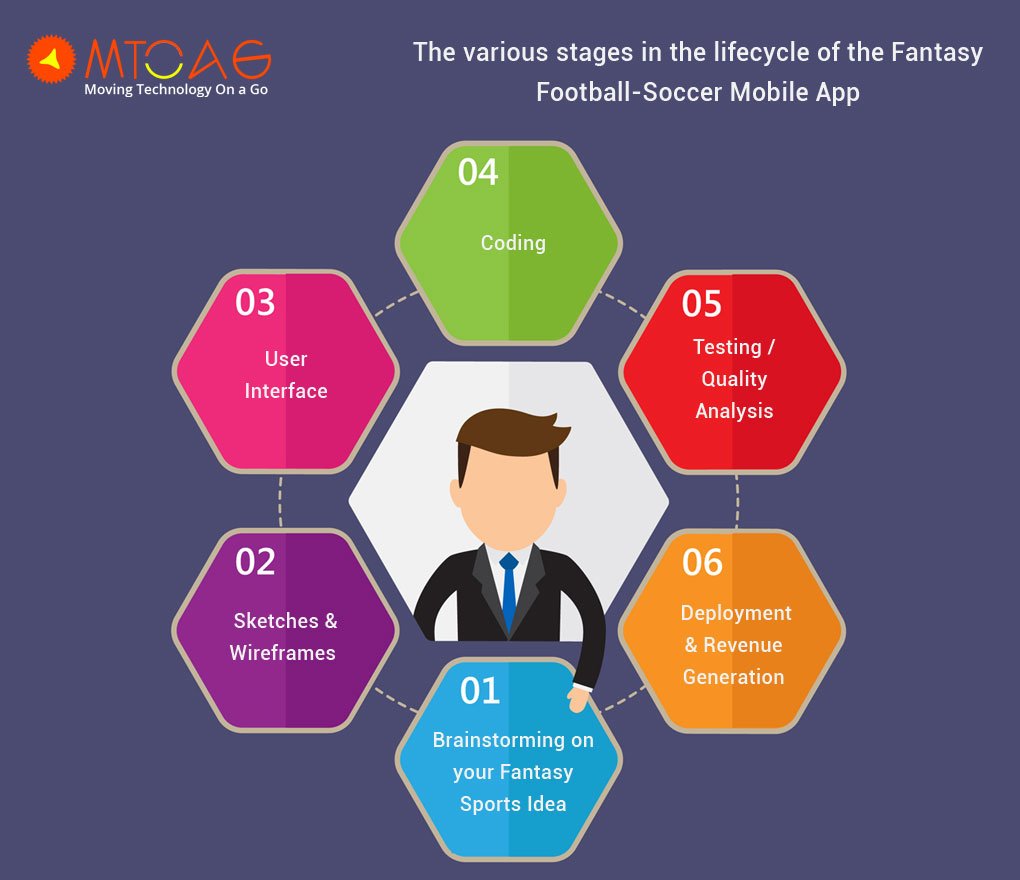 The features of the fantasy football mobile app stimulate an exhilarating experience for the user. The user feels enticed to play the football game as he/she feels connected to the mobile app. Some of the prominent features include:

How do investors make money through the Fantasy Soccer Mobile App?

There are various important features that need to be incorporated in the mobile app. The cost varies depending on the following aspects:

Mtoag is a front runner in the development sphere of fantasy sports mobile apps. For getting an exact cost estimation of the fantasy soccer mobile app, feel free to contact us on the given contact details on our website.