5G networks become a reality nowadays. This offers the fastest downloading and uploading speed from mobile. Experts are predicting that download speed will be approx 10 – 20 times greater or fastest as compared to current networks. This will change the interaction among mobile devices as well as technology.

5G seems to be the latest radio technology not the same as the LTE. It works on the three common spectrums that are:

LTE depends on this band and become overcrowded faster. This offers the largest area for coverage & object penetration.

This offers the highest coverage with low latency but not penetrates the low band or the buildings.

It offers low latency with high speed. However, the coverage area is very small & not penetrates the buildings. 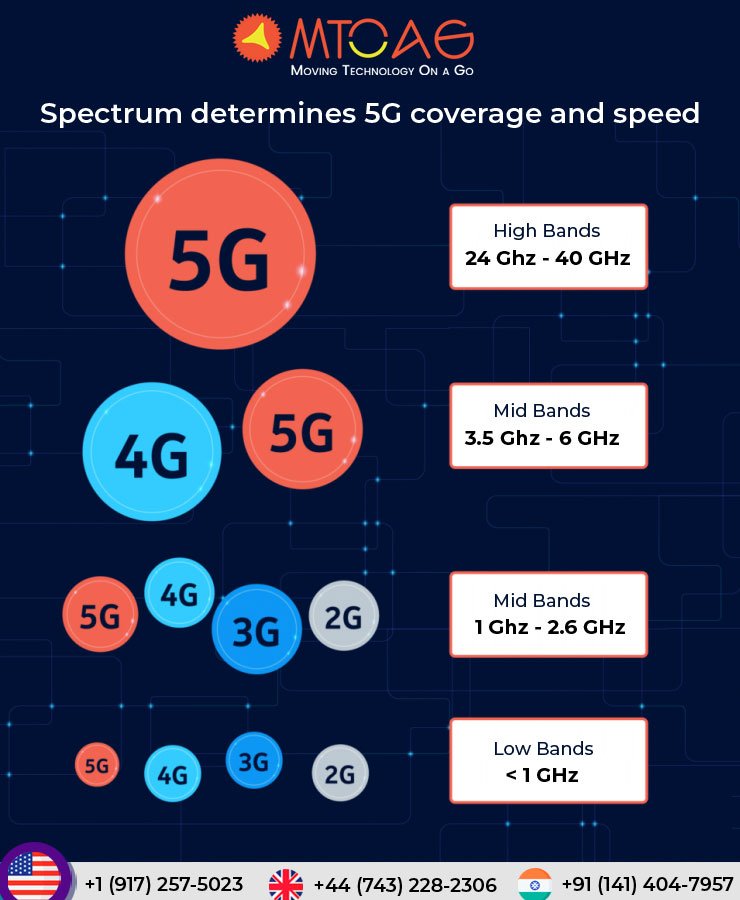 In contrast to this, LTE commonly works on the blocks of bandwidth in the spectrum of the low band. Although, this type of bandwidth quickly gets depleted. However, many people are trying to use LTE to lead with other services but the utilization of 5G with a specific type of spectrum will make this experience better.

It offers several benefits and several sorts of improvements these can be discussed below: 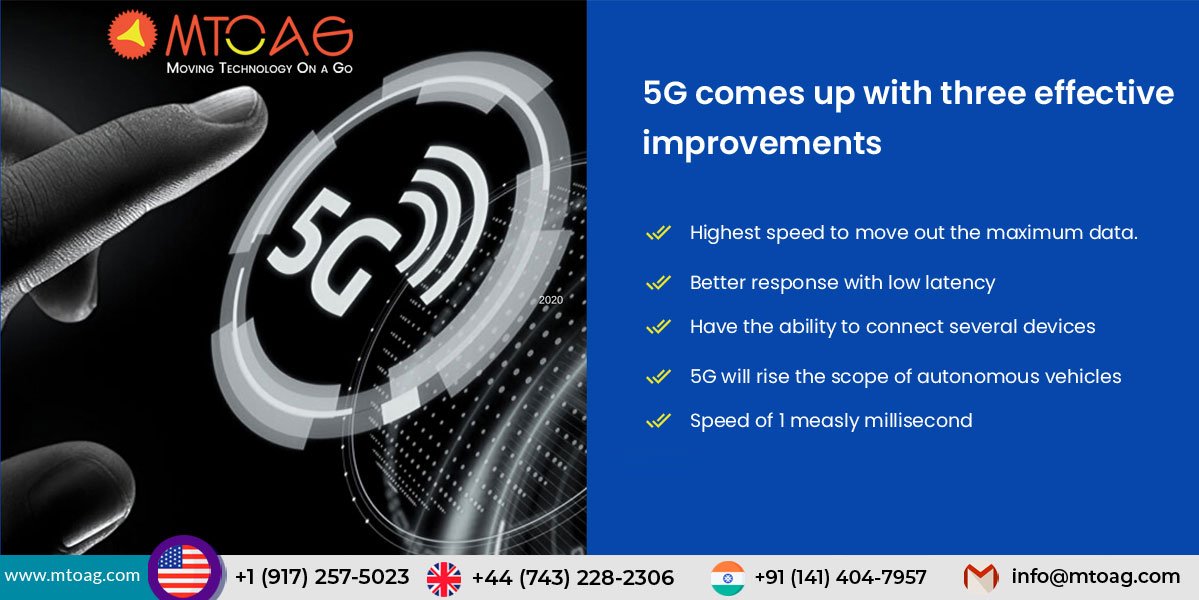 The exact reality is this that presents the world getting mobile. So, we design recycling or consuming data. It has been also seen that streaming of video & music increases day by day. With the primary ramp-up, most of the systems are using the latest infrastructure of 5G to augment the current network of 4G. Low latency also provides a positive impact on IT. With IoT, the best connectivity is maintained with multiple devices as well as other things. Autonomous vehicles require quick communication and rapid traffic data which read live with constantly mapping the surroundings as well as operate the remotes over vast distances.

This era seems to be the time of mobile apps. When the team of app development work as with projects of clients, the most prior concern gives to the overall performance of the app. 5G is drastically enhanced these in these areas. Video calls & mobile videos will become clear and load very quickly, respectively. Apps of augmented reality will load with glitch-free. Wearable devices monitor the real-time health as well as smart apps is considered as future of business & consumers application. With using 5G technology , we raise new and smart apps that can truly come over the streaming, augmented & virtual reality, etc.

Mobile apps of 5G will eventually create the concept of good speed and make forget the lagging concept. With 4G, lagging seems to be a big issue. Speed is the biggest factor among people. When the streaming speed of the app does not get hold this creates the irritation in the mind of people. 5G encourages the streaming apps of video or music to take out the things at different levels, make out the pinwheels as well as the progress bars when the concerns come about the download & stream. The next generation related to video formats will much intense towards the data than standards like HDR which stands for the High dynamic range, 4K as well as highest frames of 90 fbs. 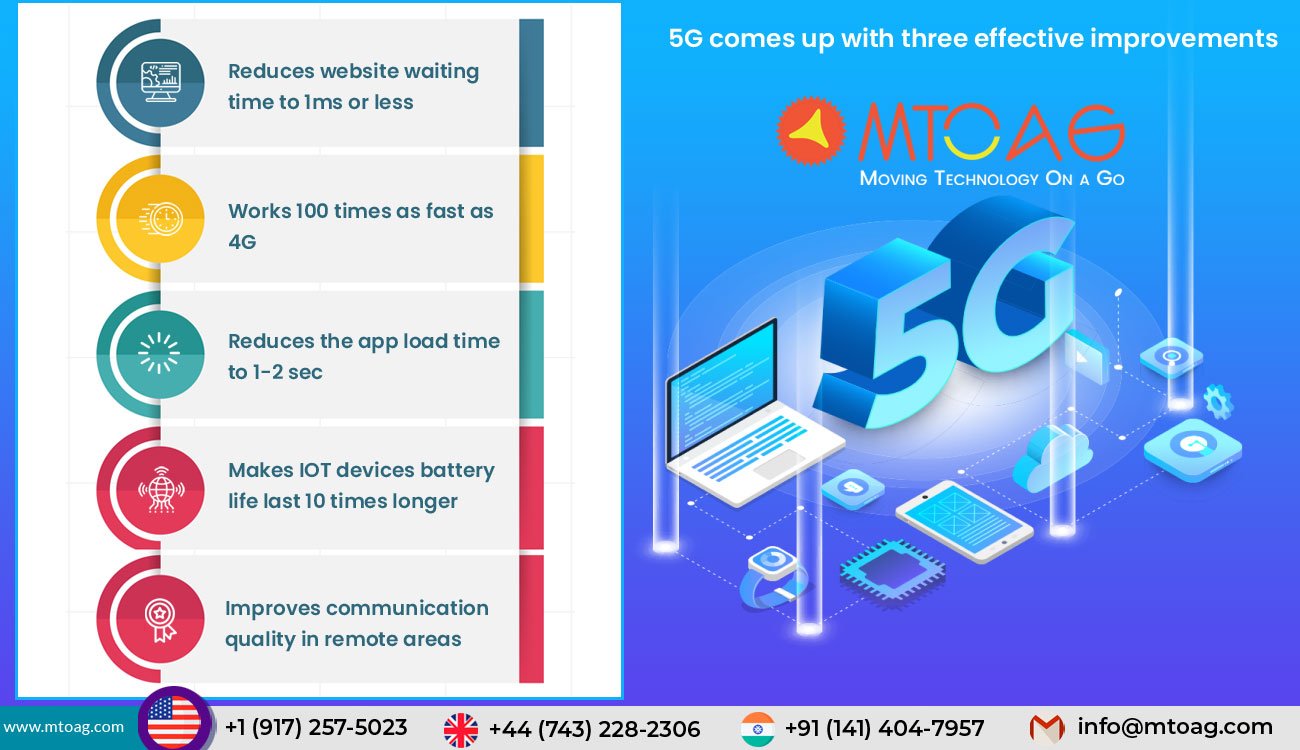 In the present scenario, the number of mobile apps is used to transfer the high amount of files or sort of money to each other. The Revolution of 5G comes up with better capability or functionality.

Enhance the experience of a user

Generally, apps are used to connect the devices with lightning speed through which screens will instantaneously load. The interface of the user looks better within the apps. Apps will improve the person's ability with massive upgrades the apps visual type experience.

AR & VR become the mainstream for mobile apps in the current situation. It has been assumed that 4G was not suitable for the AR or VR. 5G offers a complete improvement in the capacity of traffic as compared with the connectivity of 4G. In the current scenario, VR allows for the single stream of images or videos on mobile devices whereas 5G VR will corporate with the 4K or HD type stream of videos. 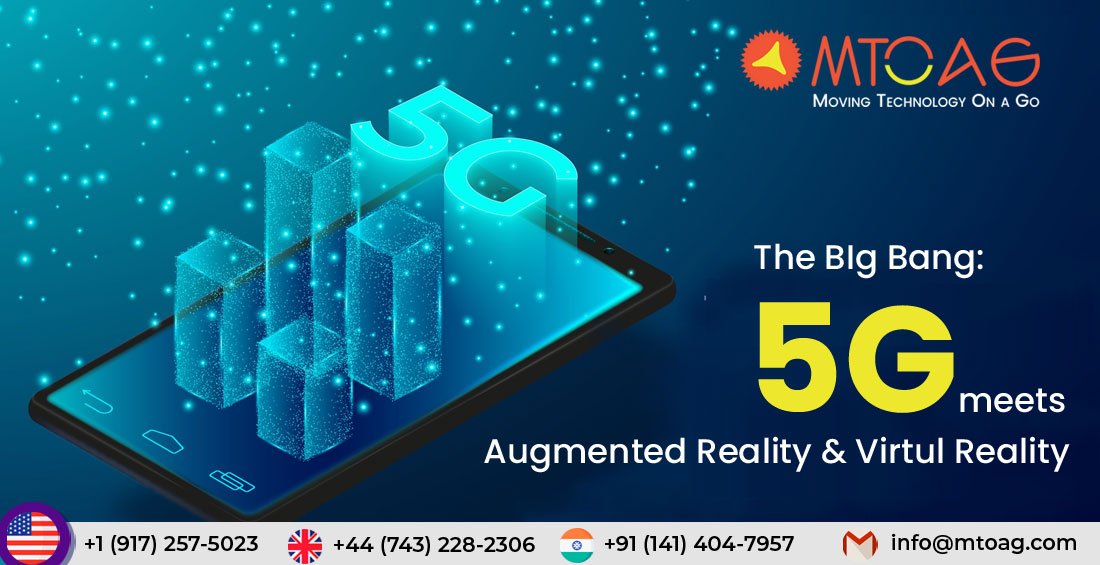 5G will affect the overall world

Networks of 5G wireless create a massive opportunity for the revenues for the initial waves along with improving the performance of mobile apps. The industry of mobile app seems to be the forefront for the benefits and providers of infrastructure. There is not one single industry that is untouched by the revolution of 5G. Our surroundings look different from 5G compare to the scenario of present networks. It has been seen that 5G operates with the spectrum of a high band which provides the better speed with the best clarity but still coverage the small areas. Providers of networks will compensate for the small cell installation or large quantities with low power vase stations in communities. 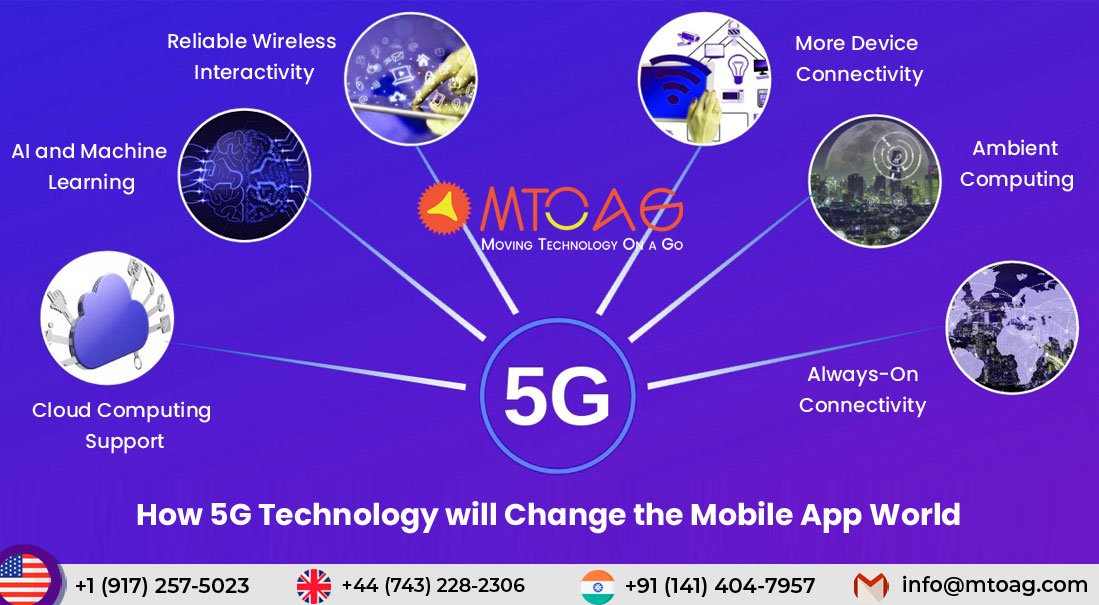 5G helps in amplifying the high band distance signals and cover high area. We don't know about these cells that how it looks like but this involves the changes in the current infrastructure of telecom on the level of structural. It has been assumed that whenever the 5G becomes popular, there is a requirement for the new mobile systems which has to be compatible. Mtoag is a web development company london . You can also hire the developers for the android app for getting developed the 5g Mobile apps. For any help or confusion, get in touch with us. 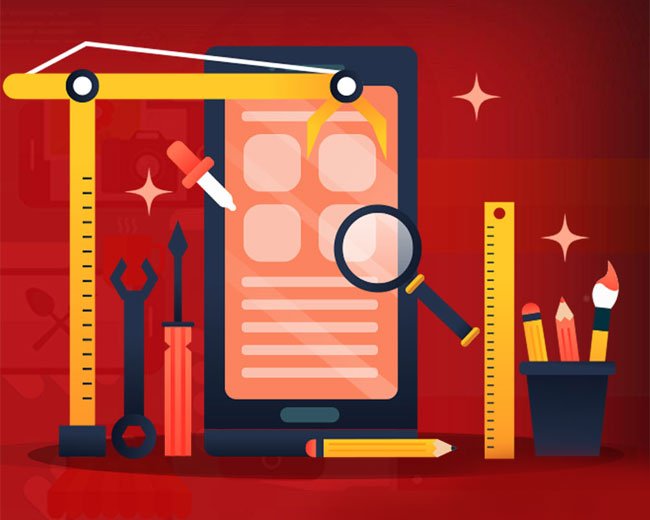 Mobile Apps for your Political Campaign

In this digital world of ours mobile apps are definitely ruling and will be the future of every industry â€“ from hospitality, retail, grocery, healthcare, travel, hospitality, smart homes, automobiles sectors â€“mobile apps have set their digital footprint everywhere. 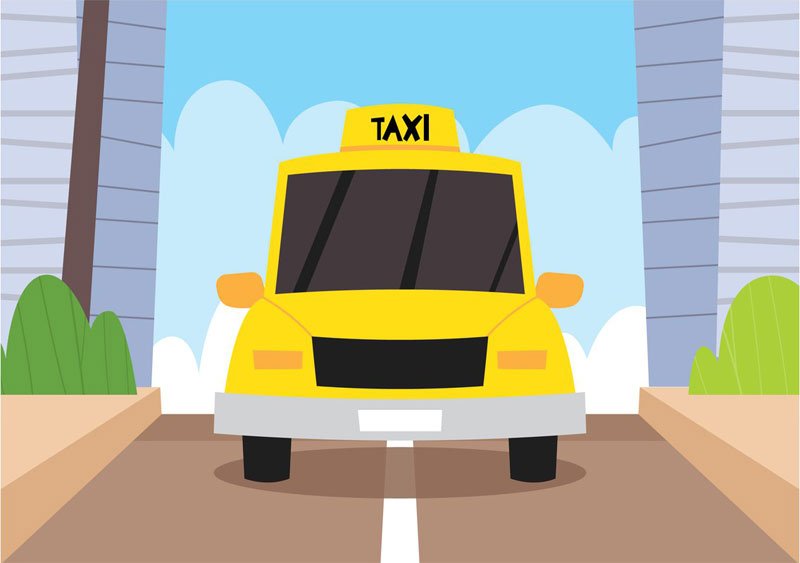 Mobile Apps have achieved a radical new measurement to how innovation can use around local versatile features like: GPS, Push Notification, Geo Fencing, Smart payments and so on. Anybody while on a go can plan the adventure of utilizing their App. This is where the idea and need of Taxi Booking App Development came into limelight. 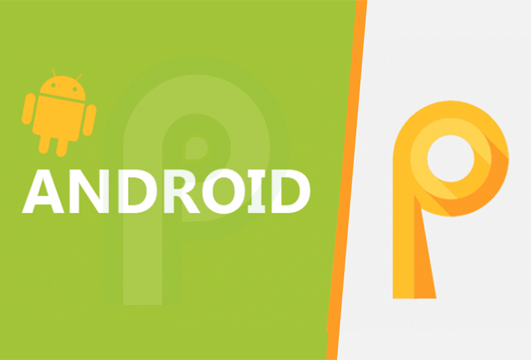 Are you curious to know about the latest features in android 9.0, android pie? Then it will help in clearing all the doubts that revolve around your mind.