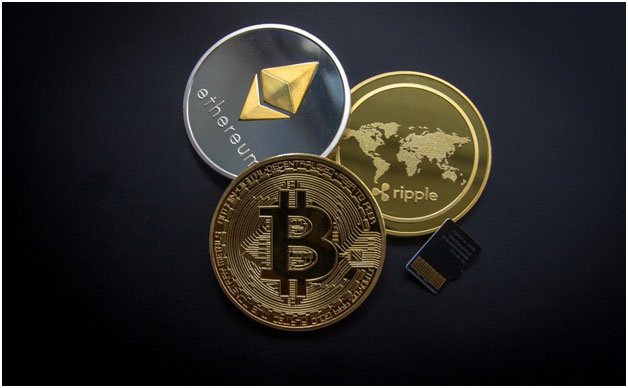 In this contemporary new world, we see the number of new technologies knocking the market. But the trend of cryptocurrencies is a new financial system in the business world. We all have been familiar with the traditional currencies for trading and buying and selling of goods. But with the success of Bitcoin as first cryptocurrencies, it paved the new trend of digital currencies in the financial market. This new monetary concept has become popular not only among the users across the globe but also among the traders. Now, why traders are interested in cryptocurrencies? Let us know all about it.

Cryptocurrency development services proved to be a ground-breaking technology which generated immense liking among the people from all parts of the world. This can be a reason which made traders so keen about the new financial system. They haven’t been familiar with any such unique technology in their lifetime before.

For some financial experts, this digital technology became much popular in a very short period. All credit goes to Satoshi Nakamoto, who launched Bitcoin on 3rd January 2009. Not only did it become the first cryptocurrency in the world, but also paved the way for other alternate digital currencies like Ripple, Ethereum, Litecoin, Dash, Monero, and various others. It is the most favourite topic which people loves to discuss. This is the reason why traders are interested in cryptocurrencies.

If you are abreast with blockchain crypto news , then you will know about the hype of cryptocurrency that reached its highest peak. It got much popular in use by the people for trading to make transactions to someone at a distance. Since then, the interest in this digital financial system has become very high. The popularity of cryptocurrencies has reached to that level that now traders have started considering to be the best substitute for traditional currencies. Although, it might not be sure whether cryptocurrencies will replace the fiat currencies in the coming years or not.

Till the time financial companies initiate for investing in cryptocurrency , it is possible to see more exciting developments in the coming time. The system of cryptocurrency is more than just simple trading, including transferring of funds from peer to peer. Many businesses have been exploring with the use of cryptocurrencies as a medium of payment by the users, globally.

How Cryptocurrency Trading Benefits The Traders

The concept of cryptocurrency is new in the financial world. Because of short-term estimated interest, it has gone through volatility. Stating an example is the price of the dominant cryptocurrency, Bitcoin, which reached high at $19,378 but got steep down to $5851. Even though cryptocurrencies are volatile, but there are some richest Bitcoin owners in India , who have invested during its initial days.

The cryptocurrency market is always available for trading 24 hrs. It is all because there is no restriction of centralized authority like banks. A user can make a cryptocurrency transaction to others on cryptocurrency exchanges globally.

Another reason which tells about why traders are interested in cryptocurrencies is their growing rise. Because of this, many companies are taking a keen interest in investing in it. Although it will be too early to speculate the replacement of fiat currency by cryptocurrency, it is a much-advanced payment method that might pose a challenge to it.

Winning the peoples’ trust is one big hurdle for any new technology. The major adoption worldwide has made traders interested in cryptocurrencies. But as it says, the road to success is never so easy. There were many ICOs which were not wholly trusted. And it is indeed true that whenever a new technology creates a buzz, it drags the interest of many people and make them discuss it. Sadly, there is also a big risk like scammers, or malicious person takes undue advantage to usurp as much profit.

No doubt traders are interested in cryptocurrencies, but they need to be very careful of the possible risks like scams. Not only traders, but it is also essential for every user interested in cryptocurrencies. Read a detailed profile about the companies before you prefer them for becoming a partner for working. Note that a company must be trustworthy, stable, and must have the genuine people.

The growing popularity of crypto currencies is the main reason why traders are interested in crypto currencies. The launch of Bitcoin became a much talked digital currency among people from all over the world. The absence of middleman and central authorities like banks or government made users owner of their crypto coin. Also, the digital mode of payment from peer to peer has dragged traders interest to make trading via digitally. It has been widely preferred by many businesses who were initially familiar with fiat currencies. Though, it would be too early to speculate whether the growing fame of cryptocurrency will replace the latter currencies. But since its emergence, people have acknowledged the importance of the new monetary system and even consider it a better alternative to traditional currencies.

Traders are interested in cryptocurrencies because it gives freedom and the elimination of the third party. It is the best mode of payment via digitally.

Sujit received his Bachelors in Science from the LNMU Darbhanga. He is currently working as a Freelance Digital Marketing specialist. He has more than three years of professional experience in information systems, security policies, technologies, and Cryptocurrency. He has published 6 books in the area of information security and assurance. He has published more than 50 research articles in leading journals Regarding the Latest and Breaking Crypto News and updates. His research interests include access control, computer forensics, Digital Marketing, Web development, business hacks, player experience, and virtual storytelling.

The Power Apps Component Framework has recently become popular for a variety of reasons. It has mostly superseded traditional HTML web resources in development processes throughout the world, which is why this article is so important.

At Mtoag Technologies, we help businesses reach their fullest potential through our transformative IT products. We’re a digital agency that focuses on web, augmented reality, and mobile app development.

Tips to Choose Laptops for Web Development and Design

Laptops have been one of the most used in a household after smartphones. Anyone who is in some way connected to the current world is bound to possess a laptop. In the current social distancing scenario and work from home culture, no job can be accomplished nowadays without having a laptop or a personal computer.

Get a Free Quote